Contributed by Truah: The Rabbinic Call for Human Rights 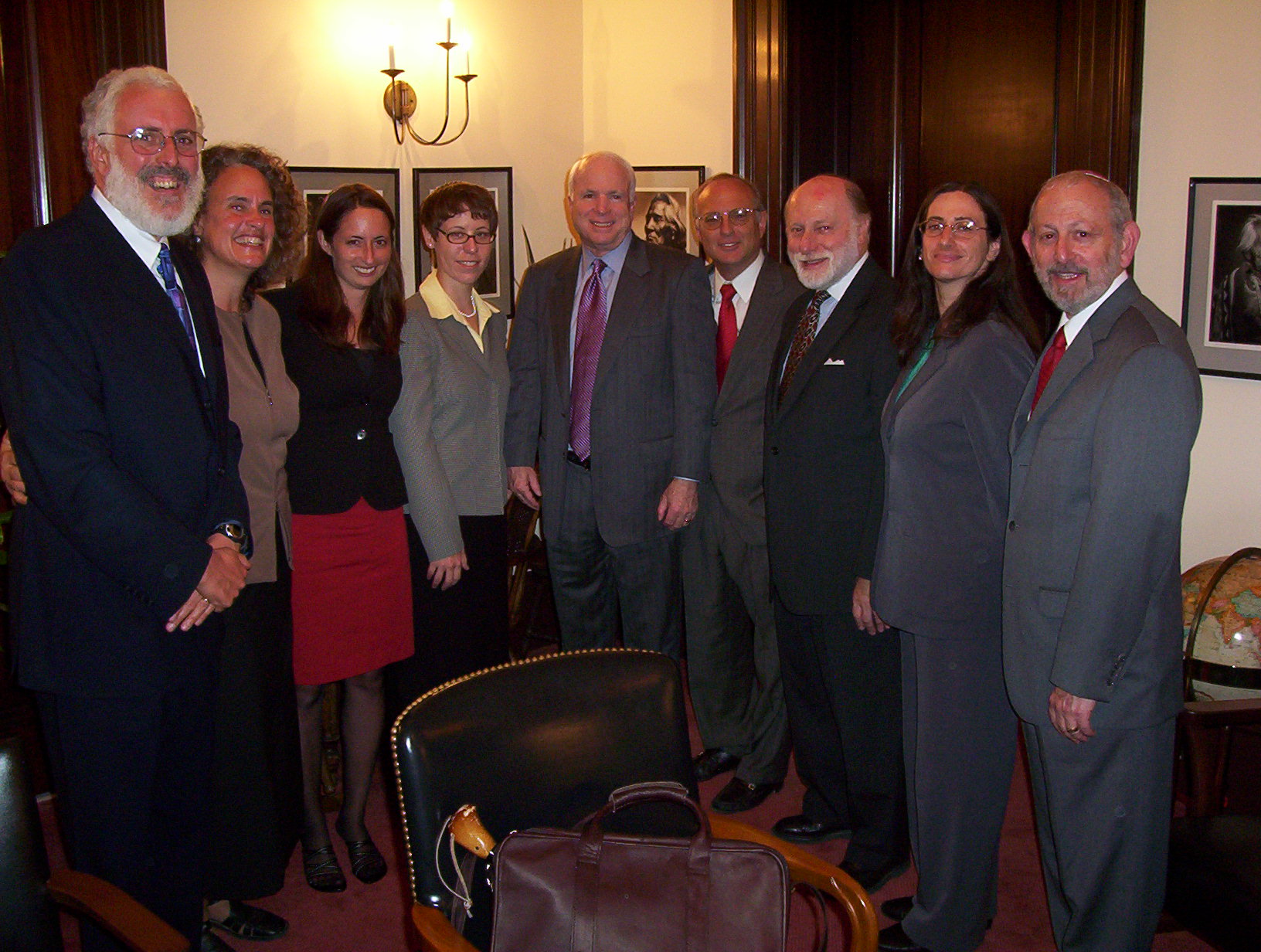 Looking back on the 20 years since 9/11, what is the most important human rights lesson you draw from the American response to those attacks?

But after the attacks on our country on 9/11 and the subsequent “war on terror,” a series of human rights abuses began to emerge that demanded that RHR-NA turn our attention to issues under the authority of the US government within and beyond our borders.  Parallel to the work of our sister human rights organization, PCATI (Public Committee Against Torture in Israel,) which worked with RHR to oppose torture in Israel, RHR-NA led an effort to establish the National Religious Campaign Against Torture.

Hundreds of rabbis and cantors signed our strong statement against the use of torture. An RHR-NA delegation then met with Senator John McCain in late 2005 to publicly support his efforts to outlaw the use of torture.  His strong statement to us felt to me like a version of this text from Shabbat 54b: “This is not who we are as a country.”  Interestingly, on our way out of his office, McCain actually chided us, saying, if you really are rabbis for human rights then you should be working on the horrendous conditions for migrants who are seeking to enter this country.

As the Talmudic text admonishes us, we have a responsibility to recognize abuse of our fellow human being at every level, from family to community to nation to world.  This is, in fact, the Torah’s preamble to loving your fellow human being as yourself: “You must not withhold your reproof or you will bear responsibility.” (Leviticus 19: 17-18) It is, in other words, the basic mission we fulfill collectively as T’ruah: The Rabbinic Call for Human Rights.

Rabbi Serotta was the founding board chair of T’ruah, then called Rabbis for Human Rights-North America. He served in that capacity until 2008 and continued as a board member until 2013.

by Custom & Craft
There are stars whose radiance is visible on earth though they have long been extinct. There are people whose brilliance continues to light the world though they are no longer among the living. These lights are particularly bright when the night is dark. They light the way for humankind.
Seeking Forgiveness

by Custom & Craft
And G!d says: "You cannot do the work every single second of every single day, which is why we've set aside this night-and-day in the middle of the Big Week just for you. To sleep unhurried, to eat well and bask in familiarity, because this is where the community happens. This is where we are born, each and every week, where we hold each other. There is no work without holding each other." And G!d says: "That in the days between...
Seeking Forgiveness

by Custom & Craft
It's said that Yom Kippur brings affliction to the comfortable and comfort to the afflicted. After a long night and day of fasting, we finally have arrived at the magic moment of breaking bread to end the fast and start the feast. Before all that, take a brief moment for gratitude for the meal we are about to consume.  בָּרוּךְ‭ ‬אַתָּה‭ ‬יְיָ‭ ‬אֱלֹהֵֽינוּ‭ ‬מֶֽלֶךְ‭ ‬הָעוֹלָם ‬הַמּֽוֹצִיא‭ ‬לֶֽחֶם‭ ‬מִן‭ ‬הָאָֽרֶץ Barukh ata Adonai Eloheinu melekh ha’olam, hamotzi lekhem min ha-aretz. Blessed are...
Seeking Forgiveness

by Custom & Craft
Why is it traditional for Jews to fast on Yom Kippur? Fasting, along with wearing white and avoiding sensual pleasures, is meant to purify our bodies, minds, and spirits for Divine judgment.  While many Jews fast from sundown to sundown on Yom Kippur, fasting isn’t for everyone. Health issues may prevent some people from being able to safely fast, and others may not find spiritual resonance and significance in the practice. With intentional adaptation, however, it’s possible to find a fasting...
Meditations

by Custom & Craft
High Holidays in Five Senses  As the light and the weather shift in this sacred time of transition, we're invited to enter a new season and a new year. Take a deep breath as you consider how each of your senses connects to the High Holidays. What do the High Holidays smell like?  They smell of freshly-baked sweet challah, the vanilla-y pages of an old book, your grandfather’s aftershave, the tang of the etrog and the perfume of lulav branches. What...
Shofar

Blessing for Hearing the Shofar

by Custom & Craft
The shofar is our ancient, animalistic alarm clock. Hearing it tells us to wake up and it's a mitzvah, a commandment to hear its call. We say the first blessing before the shofar is sounded, then we say shehecheyanu, the blessing for milestones, to mark the occasion.   Baruch ata Adonai Eloheinu melekh ha-olam asher kidshanu b’mitzvotav v’tzivanu lishmoa kol shofar. Blessed are You, Adonai our God, Ruler of the universe, who has made us holy with commandments, and who has commanded...
Prayers for Forgiveness, Prayers of Remembrance, Sukkot & Simchat Torah

by MAZON: A Jewish Response to Hunger
Strengthening Tribal Food Sovereignty to Honor Indigenous Peoples Each year, Indigenous Peoples’ Day is an opportunity to recognize and celebrate Native peoples, to acknowledge the legacy of settler colonialism, and to commit to accountability for its impacts in the present. For MAZON, this means grappling with the history of how food was used as a tool of colonization — dark chapters in American history that aren’t taught and, as a result, erase the trauma and persecution of Native peoples — and...
New Year Blessings, Sukkot & Simchat Torah 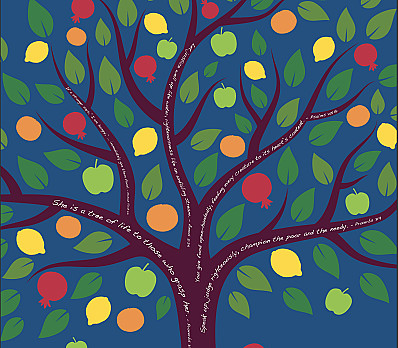 by Custom & Craft
Ritual to End Yom Kippur  After 24 hours of asking, Yom Kippur ends with a declaration and a shout. We make a proclamation, then consider it done. Write three intentions you have for the year ahead, then read them out loud. You can recite them multiple times. The traditional formula is 1, 3 and 7.  Intention #1 1x Intention #2 3x Intention #3 7x  Then the shofar is sounded one final, long, loud blast. If you cannot hear a shofar, shout...
Seeking Forgiveness

by Custom & Craft
The traditional confessional prayer, the  Vidui,  is composed of two parts, the  Ashamnu  and the  Al Chet, that we read aloud on Rosh Hashana and Yom Kippur. The  Ashamnu  (translated as “we have trespassed” or “we are guilty”) is an abbreviated confession, an alphabetic acrostic, and written in first person plural. We recite this confessional in the plural to represent our shared responsibility and culpability in all of our lives and missteps. We also share this confessional as a reminder that...
Remembrance 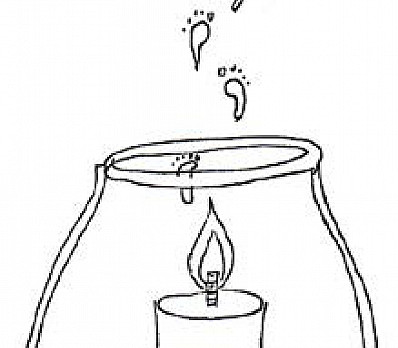 by Custom & Craft
Yom Kippur includes a dedicated moment, called Yizkor, to collectively remember lives lost. We ask that our loved ones find mercy and peace in their eternal rest, and by doing this we keep their memories alive even as they no longer take breath. Before any other Yom Kippur ritual, go to your altar and light a candle. Traditionally, a memorial yahrzeit candle lasts for the full 24 hours of Yom Kippur, but you can use any long-burning candle. Stare into the...
Remembrance, Symbolic New Year Foods, Seeking Forgiveness 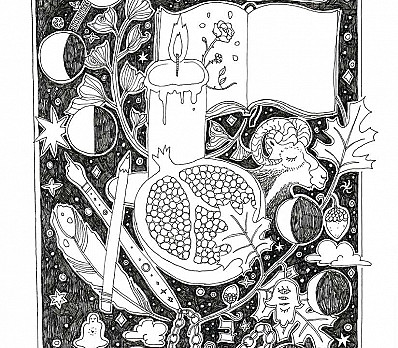 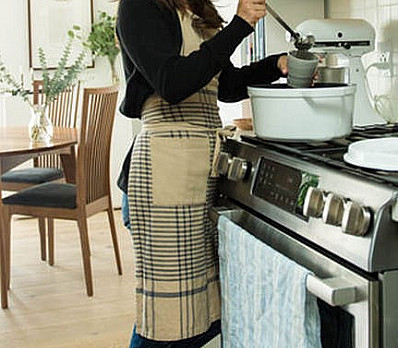 Meditation Before Yom Kippur For Those Who Cannot Fast 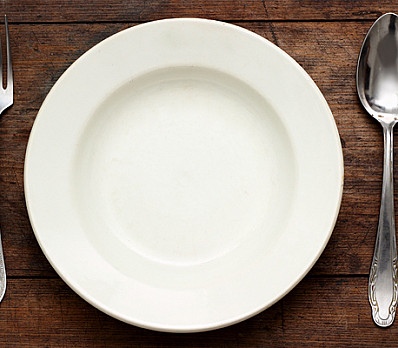 by Custom & Craft
Hosting a more meaningful Rosh Hashanah dinner is possible - and easy! Here's our top 5 tips to make it happen, even if you only have 10 minutes.  1. Each Passover we ask, "why is this night different from all other nights?" Your Rosh Hashanah dinner is another opportunity to decide to do things a little differently. What's special about tonight? You might be embracing the opportunity to be in community, marking this sacred moment in the Jewish calendar, or eating...
Symbolic New Year Foods

by Custom & Craft
For centuries, Sephardi Jewish families have gathered to celebrate a special Rosh Hashanah ceremony with a plate or meal of symbolic foods. Each food is eaten after requesting a specific kind of Divine blessing that sounds like the name of that food in Hebrew.  Before eating dates ( tamar ): May it be your will, God, that hatred will end. ( Tamar resembles the word for end, yitamu. ) Before eating pomegranate: May we be as full of mitzvot as the...

More Clips from Truah: The Rabbinic Call for Human Rights

by Truah: The Rabbinic Call for Human Rights 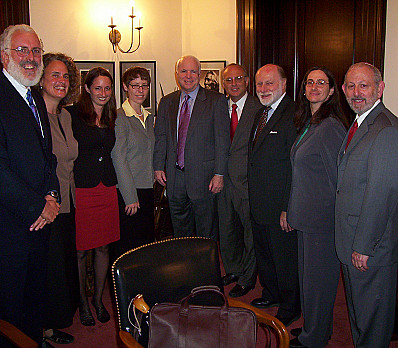 by Truah: The Rabbinic Call for Human Rights
Looking back on the 20 years since 9/11, what is the most important human rights lesson you draw from the American response to those attacks? Rabbi Rachel Kahn-Troster “God has told you, O person, what is good, and what the ETERNAL requires of you: Only to do justice and to love chesed, and to walk humbly with your God.” (Micah 6:8) About ten years ago, when T’ruah started fighting to end solitary confinement, I asked a friend who was an attorney...
Remembrance, Prayers for Healing & Peace, Meditations

by Truah: The Rabbinic Call for Human Rights
Looking back on the 20 years since 9/11, what is the most important human rights lesson you draw from the American response to those attacks? Becky Jaye, Rabbinical Student “(11) Because God has disarmed and humbled me, they have thrown off restraint in my presence. (12) Mere striplings assail me at my right hand; they put me to flight; they build their roads for my ruin. (13) They tear up my path; they promote my fall, although it does them no...